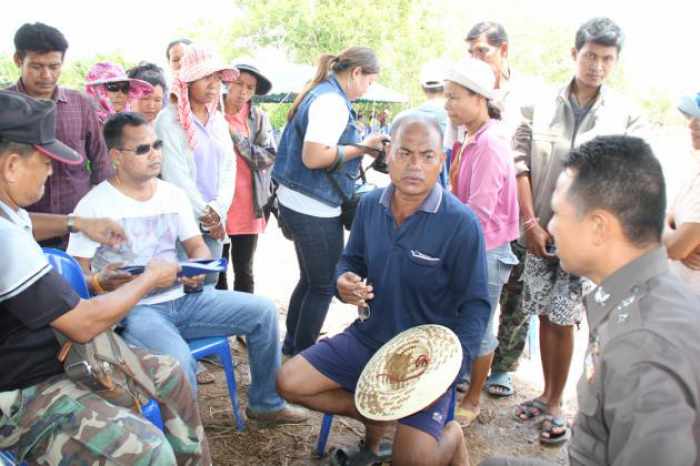 PHUKET: Phatthalung villagers have returned over one kilogram of gold sheets and a bracelet that were recently taken in a gold rush at a palm plantation in Khao Chai Son district in the southern province of Phatthalung.

Another batch of gold from four individuals is expected to be returned to the Culture Ministry at Phatthalung City Hall tomorrow.

Following examination and assessment, the villagers would be paid a third of the gold’s value by the middle this month, Anek Srihamat, director-general of the ministry’s Fine Arts Department, said yesterday.

Gold and antique shops in Phatthalung and nearby provinces were urged not to buy these items.

The gold, after study, would be sent to the National Museum in Nakhon Si Thammarat that has a better security system, but if in future Phatthalung were ready to build a museum to keep and display the gold, the department would be ready to support it.

The department called on villagers to “return” the ancient gold items by July 2 so officials could study their origin and preserve them as a national heritage.

The recent discovery of big sheets of gold at the Ban Thung Ore palm plantation triggered a gold rush despite a prospecting ban.

Nakhon Si Thammarat Fine Arts Office director Anat Bumrungwong said an inspection of the site by his officials was deterred by rainwater and muddy soil.

He said villagers had told them the gold sheets were buried three metres under the ground.

The officials’ initial assessment was that the gold sheets and ancient artifacts may be from the Ayutthaya era or earlier.

The area was suspected to be an old waterway that connected to Songkhla Lake, so it was believed a boat with valuable items may have sunk there.

Ban Thung Ore plantation owner Vee Thabsaeng presented a big gold sheet to the officials later ealrlier this week so it could be studied and kept as a national treasure.