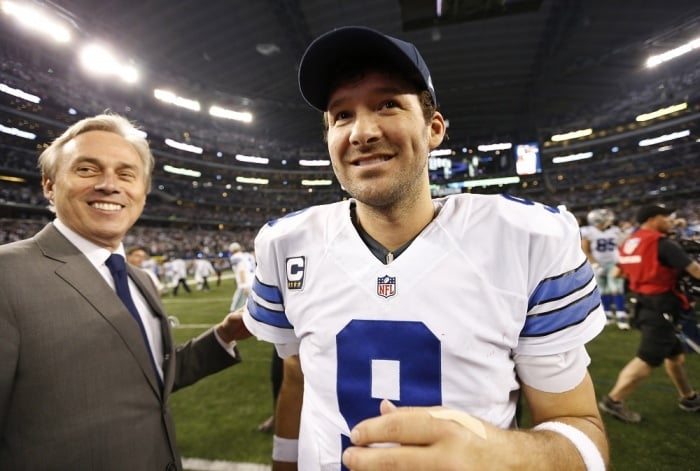 PHUKET: With the wild card weekend finished, eight teams remain on the hunt for the pinnacle of success in American sports: the Super Bowl Championship. So, let’s have a look at this weekend’s divisional playoff round, which will determine which four teams will go on to play in the AFC and NFC championships and, if successful, represent their conference in the Super Bowl.

Ravens vs Patriots (4:35am Sunday local time, NBC): The matchup features the two teams with the most playoff success in the AFC in recent decades. The Patriots will be well-rested after sitting out many of their starters for all or part of the meaningless last game of the season, when they lost at home to Buffalo, and then enjoyed a bye week as the top-seeded team in the AFC.

The Ravens are coming off an impressive Wild Card win on the road at Pittsburgh and are the last team Pats fans wanted to see coming into Foxborough, as superstar quarterback Joe Flacco has twice beaten the Pats there in the post-season within last decade. However, Flacco and crew will have their work cut out for them in the passing game as the Pats secondary is much improved this year with perhaps the best cornerback duo in the league: Derrel Revis and Brandon Browner. Their key to success will be in establishing a running game early, also not an easy task when facing the Pats defensive line led by Vince Wilfork.

On the other side of the ball, the only way to stop Tom Brady and his receivers – especially slot receiver Julian Edelman and monster tight end Rob Gronkowski – will be to get pressure on Brady.

Colts vs Broncos (4:40am Monday local time, CBS): This is another scintillating matchup between two awesome quarterbacks: the Colt’s Andrew Luck and his predecessor, former Colts quarterback Peyton Manning.

In the wildcard game win against the Bengals, the incredible Luck played his best game ever, throwing for a whopping 376 yards and almost single-handedly willing his team to a 26-10 home win. They will face a much more difficult task on the road at Mile High Stadium in Denver against a well-rested Broncos team that has a fine run-stuffing defensive line.

Weather could be a factor in this game, as the ageing Manning has a history of losing playoff games in cold, blustery conditions. Apart from that, and despite Luck’s derring-do, Denver should win the battle in the trenches on both sides of the ball. Unless the Colt’s defensive line can get to Manning early and often, ‘luck’ might run out for the Colts in this one.

Panthers vs Seahawks (8:15am Sunday local time, FOX): This might be the greatest mismatch of the four games this weekend. Oddsmakers in Las Vegas certainly think so, putting the Seahawks, defending Super Bowl champions, as 11-point favorites. They will be playing at home in their sonic madhouse: CenturyLink Field in Seattle, where they are 24-2 over the past three seasons. However, both teams are going into this on a roll, the 8-8-1 Panthers winning their last four game of the season to secure the Wild Card berth and then beating down the injury-decimated Arizona Cardinals on the road 27-16. That result once again illustrates the importance of having an elite quarterback, as the Cards were playing with an inexperienced third stringer due to injuries.

Cowboys vs Packers (1:05am Monday, local time, FOX): Another absolutely mouth-watering matchup to be played on the legendary “frozen tundra” of Lambeau Field. Something has to give here. Packers quarterback Aaron Rodger has been virtually unbeatable at home. In his last sixteen home games he has 38 touchdown passes – and no interceptions. But equally impressive is the fact that the Cowboys have won all eight of their road games this season and definitely have some mojo rising, after their defense held the Lions to just three points in the second half in their come from behind win in the Wild Card round, at home in Texas. The game will also give the Cowboys’ charismatic and highly-skilled quarterback Tony Romo a chance to overturn his image as a choker in key games.