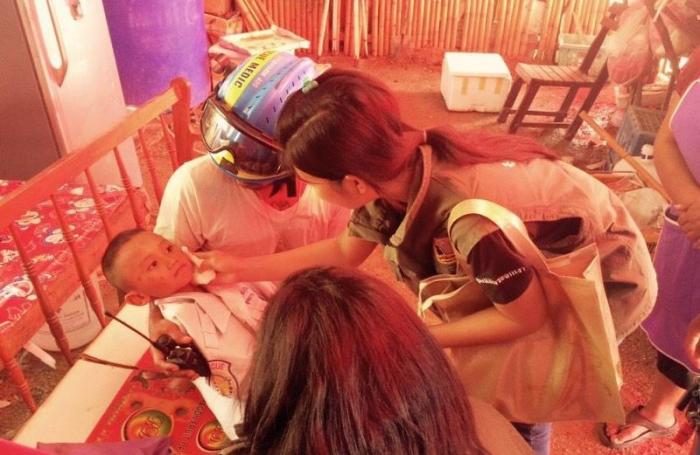 PHUKET: Mystery still surrounds the disappearance of three-year-old Nong DJ, who went missing while playing outside his home in Wichit.

He was found six days later, scared, weak and alone in a forest about three kilometers from the spot he had last been seen (Video report here).

Nong DJ is still recovering in hospital from his ordeal but there have been few clues as to his mysterious disappearance. Doctors have declined to comment on the boy’s condition and police say they are still investigating.

“We have yet to find out how he went missing,” Wichit Police Superintendent Kittipong Klaikaew told the Phuket Gazette.

“Up to this point, we have not been able to gain much insight, but we will continue to investigate.”

“I was told that he is now recovering well but he is quite scared of strangers. I have discussed his situation with the medical team and asked them to focus on his mental health in particular,” added Col Kittipong.

Saowalak Chaiyo, the 23-year-old mother of the child, today spoke to the Gazette for the first time about her son’s disappearance and subsequent recovery.

“I am relieved and overjoyed that he is back. I am also thankful to everyone who took part in the search and rescue mission, as well as all the doctors for taking such good care of him,” said Ms Saowalak.

She added that although Nong DJ is still in the Pediatric Intensive Care Unit (PICU), he is doing much better.

“Doctors say he needs regular monitoring, so I cannot say for sure how much longer we have to stay in hospital. It doesn’t matter – all I care about is being able to stay by my son’s side,” Ms Saowalak said.

Village headman gunned down in front of home