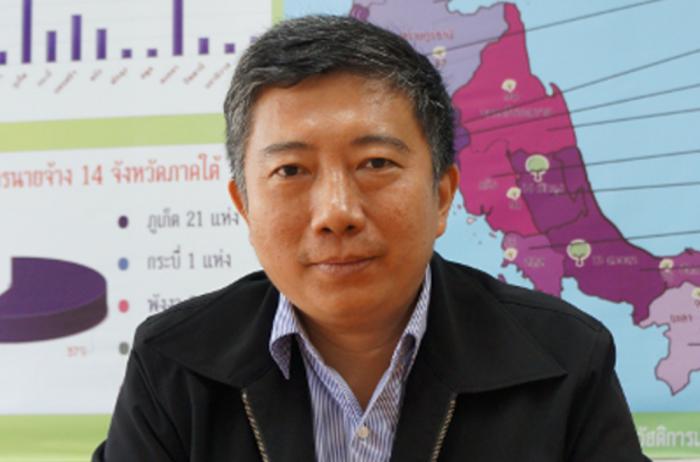 PHUKET: The Labour Attache to the Myanmar Embassy in Bangkok landed in Phuket on Friday to dig into allegations by Myanmar construction workers of labor law violations.

“I came down to Phuket to follow up on a complaint on March 5 against Nantawan Co, Ltd, which employs about 200 workers from Myanmar,” said Kyaw Kyaw Lwin,

“At the time the complaint was filed, the employees alleged that the company had not paid them any wages for a month. They also said that they were only getting half of what they were owed for overtime, which should amount to 1.5 of their hourly rate,” Mr Lwin said in an exclusive interview with the Phuket Gazette.

“Additionally, they alleged that the company charged them 19,500 baht for work permits instead of the standard 10,000 baht fee.”

Nantawan hires workers for its own construction jobs and contracts out them out to partner companies in Phuket, as well as in other provinces, explained Mr Lwin.

The embassy contacted the company after the complaint was filed, said Mr Lwin, and was told that the company would pay every worker in full by the end of April.

“After we received the complaint, we contacted representatives of Nantawan who told us that they had already paid 75 per cent of what they owed and the rest would be paid by the end of April,” Mr Lwin said.

“On Friday, 28 of the workers left to go home to Myanmar. These employees went home with their wages fully paid.”

Mr Lwin vowed to make sure that employers are following labor laws and that workers are treated fairly. However, he noted that any worker who violates Thai law should be penalized accordingly.

After his interview with the Gazette, Mr Lwin visited the Nantawan office to meet with company representatives and discuss the allegations regarding overcharging for work permits.