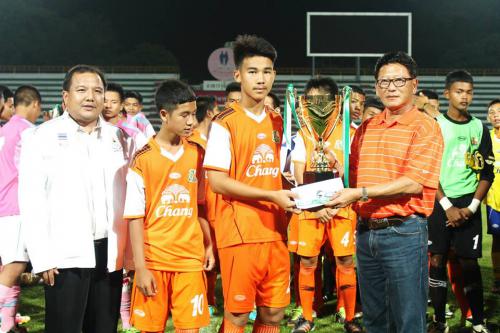 In the grand finale, it was Mueang Thalang School prevailing 3-1 over the OrBorJor Talad Neua team to win the grand trophy and 20,000-baht prize money.

The runners up would have to be content with their slightly smaller trophy and 10,000 baht purse.

Two of the champions’ goals were scored by Konathip Laemee, who bagged 13 goals throughout the tournament to secure the golden boot award.

In the match for 3rd place, Chalermprakiet School bagged the trophy and price money of 5,000 baht, beating Cherng Thalay Witayakom 2-0 thanks to two second half goals by Piyasak Nitetsanapakul.

One at large after drug dealers open fire on Krabi Police