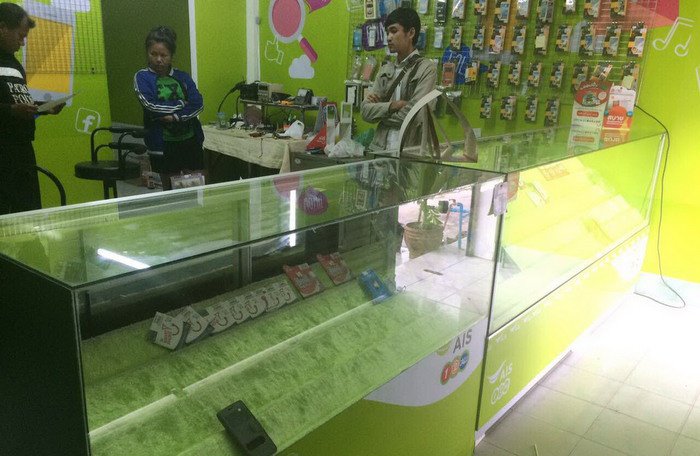 PHUKET: Police are searching for a team of thieves that made off with more than 30 mobile phones and about 10,000 baht in cash early Saturday morning.

The thieves created a key for the shop shutter of Sapum Mobile on Thepkasattri Road in order to break in. However, they were unable to access the more expensive mobile devices, such as Samsung Galaxies and iPhones, because they are kept in a separate safe, explained Maj Sakol Krainara of Phuket City Police.

“The thieves made off with cash and devices worth a combined 70,000 baht. However, we do have CCTV images of the thieves, so we are doing our best to track them down,” said Maj Sakol.

“We have collected evidence from the shop, as well as finger prints.”

Shop owner Udon Saensip suspects that the thieves had scouted out the place ahead of time and knew that nobody was there at night, added Maj Sakol.