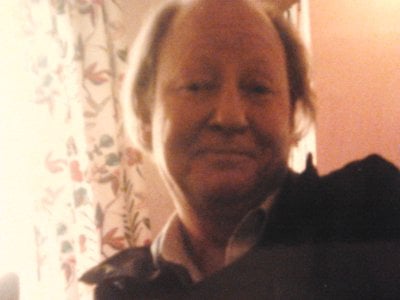 PHUKET: A Swedish woman is asking Phuket Gazette readers for information to help locate her father who has gone missing and is believed to be in Thailand.

The father, Tommy Nyberg, is 60 years old with blue eyes and thinning reddish-brown hair, thin on the top of his head but still thick on the sides. He has a birthmark the same color as his natural skin tone protruding slightly from his forehead and is described by his daughter Cecilia as “very tall”.

Mr Nyberg is known to be on medicine for both diabetes and a cardiac condition.

Ms Cecilia said nobody has been able to contact Tommy since he lost his passport, telephone and money three months ago. He has been away since August 2010 and is thought to have visited Laos during his travels.

The Swedish Embassy in Bangkok has been notified of the disappearance.

Mr Nyberg and his daughter Cecilia are from the Swedish town of Gävle.

The Gazette has already contacted the Chalong Police to investigate the possibility that the body discovered floating offshore south of Phuket could be that of Mr Nyberg. Initial indications, including discrepancies in estimated age and height, are that it is not.

Anyone who thinks they have seen Mr Nyberg in Phuket or elsewhere in Thailand is asked to contact Cecilia directly by email at: barbiegirl_83_@hotmail.com

Readers who think they may know the identity of the body discovered off Phuket can contact Capt Nitikorn of the Chalong Police at 084-0706667.