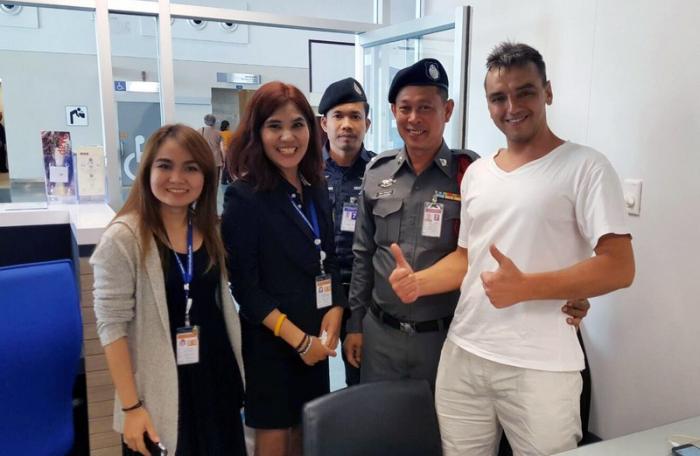 PHUKET: A Russian tourist who went missing after diving into the sea while drunk at Kamala Beach late Monday night resurfaced yesterday afternoon with no recollection of the incident.

The search – which also involved local fishermen – continued until 1pm yesterday, when Mr Korneev showed up at the Tourist Police Office at Phuket International Airport.

He laughed when questioned about his disappearance, saying he was drunk at the time and couldn’t recall what had happened. He said he’d only come to the airport to claim his lost belongings.

“Mr Korneev had filed a lost property report with us on Sunday after losing his bag. We found his bag and told him on Monday to come and get it, but he did not show up to claim it,” said Phuket Tourist Police chief Naruewat Puttawiro.

“He says he remembers having an appointment to recover his bag, but nothing further about what happened from that time until now,” Maj Naruewat added.