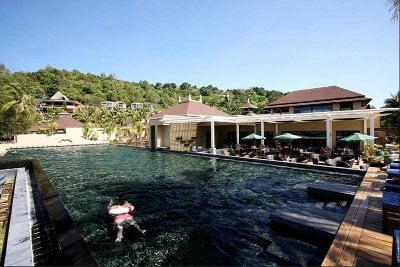 PHUKET: Thailand-based Minor Hotel Group is splashing out 3 billion baht on the acquisition and remodeling of Bundarika Villas and Suites on Phuket’s northern west coast.

The 77 villas and suites of the Bundarika Villas and Suites will be re-branded to the Minor Hotel Group’s core brand as Anantara Phuket Layan Resort & Spa in 2013.

Dillip Rajakarier, CEO Minor Hotel Group, said, “We are very excited to announce this new addition to Minor’s portfolio and what will become a second Anantara resort in Phuket. Bundarika offers guests an exclusive retreat and is ideal to be re-branded to an Anantara next year after renovation and an operational improvement program.”