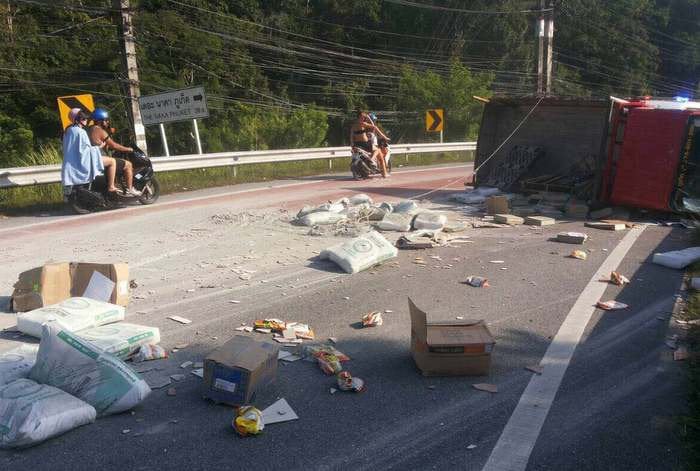 PHUKET: A tourist heading to Phuket International Airport and his van driver narrowly escaped death after an out-of-control truck piled with construction materials flipped on Kata Hill and skidded to a stop within a meter of them yesterday afternoon.

The two people in the crashed truck were minorly injured and taken to Patong Hospital.

“The 51-year-old driver, Apichart Toreewong, told us that the truck belonging to Thai Watsadu was on its way from Srisoonthorn to deliver materials to Patong when the brakes allegedly failed as it attempted to descend the hill,” said Lt Prasert Thongprom of the Kamala Police.

However, the experts called in by police to check the brake system said that they were working normally.

Mr Apichart was charged with reckless driving and for not properly covering the construction materials, which led to nearly two hours of traffic jams on the coastal road, said Lt Prasert.