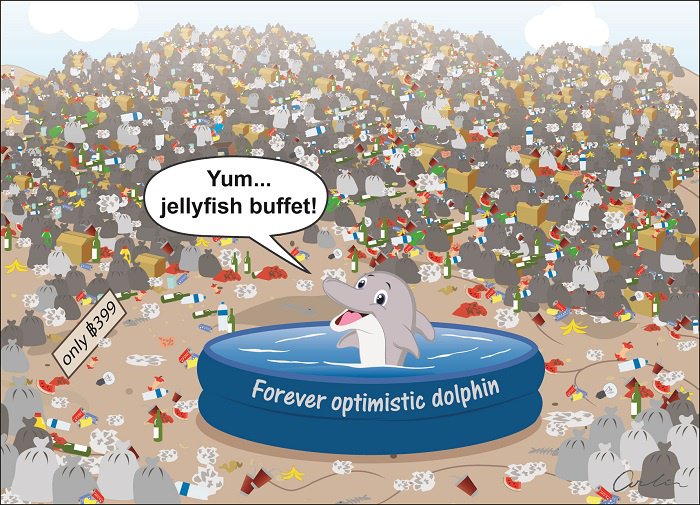 PHUKET: The excellent work the Phuket Marine Biological Center (PMBC) has done over the years to try to save iconic ocean animals found washed up on the island’s shores deserves the full support of the community. However, as the head of the agency’s Endangered Species Unit has pointed out, the real solutions are preventative measures that see the community tackling the enormous amounts of rubbish occupying Andaman marine environments.

Newcomers to the island may be unaware of the fact that Phuket was once renowned for the sea turtles that came to nest along the pristine shores of our beaches, most famously the leatherbacks of Mai Khao.

Nowadays, the spectacle can only be appreciated by watching old Thai movies because leatherbacks no longer nest on Phuket – at least there hasn’t been any record of them doing so for the past 25 years. When news about leatherbacks does make local headlines, it is far more likely to be about a carcass washed ashore after the animal chokes on a plastic bag or was maimed by a fishing net or boat propeller.

The same fate has applied to many other sea turtle species that have nested here for eons. Unlike the leatherback, hatchlings of species such as the ridley and green sea turtles can be nursed in onshore enclosures until they are old enough to be released into the sea, giving them a better chance of survival against predators, at least theoretically.

A quick look at other species that are suffering from our neglect makes it abundantly clear that natural predation is simply not the problem – we are.

Only 20 to 30 per cent of dolphins recovered by the PMBC are even alive. Those that are recovered with their hearts still beating usually suffer from internal infections that are often brought on by eating plastic bags that they had mistaken for jellyfish.

The devastation of sea dumping and littering goes far beyond the harmful effects that are highlighted by ambassadors from the ocean – iconic marine animals such as dolphins, turtles and giant manta rays. Fragile seagrass beds, mangroves and coral reef systems – and all those who call those environments home – are being obliterated through our careless actions. Too often the public becomes attached to saving a single dolphin or turtle, when the greater battle to be fought is one that is more difficult to emotionally connect with – the ‘war’ on sea dumping, to the extent that there truly is one.