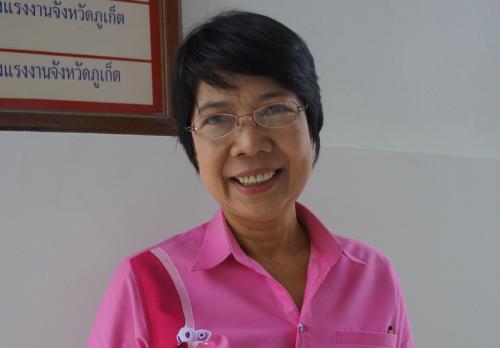 PHUKET: Migrant workers in Phuket will not be deported while waiting to complete the nationality verification process, the Phuket Provincial Employment Office (PPEO) has confirmed.

“Whether or not illegal workers will be deported will be announced after the Cabinet meeting on January 8,” PPEO chief Yawapa Pibulpol told the Phuket Gazette today.

“It all depends on the Cabinet. We will follow their orders once we receive them,” Ms Yawapa said.

The news to offer migrant workers a temporary reprieve from forced relocation to their homelands came just before the new year, when Deputy Labor Minister Anusorn Kraiwatnusorn told the press that Deputy Prime Minister Chalerm Yoobamrung, chair of the migrant-worker management committee, agreed with the ministry’s proposal to relax measures for the more than 260,000 migrant workers in Thailand and grant them extra time to apply for work permits.

Had the policy not been relaxed, human rights agencies believe the mass deportations would have affected up to a million migrant workers living in Thailand.

As of December 25 last year, her office had issued 71,252 work permits for migrant workers in Phuket.

Yet Ms Yawapa estimated there were “more than 10,000” migrants still working illegally in the province

“We are not going to conduct any raids or deport any workers until we receive notice of the Cabinet’s decision,” she said.

Most of these migrant workers in Phuket are best known to occupy minimum-wage positions in the construction, commercial fishing and tourism service industries.