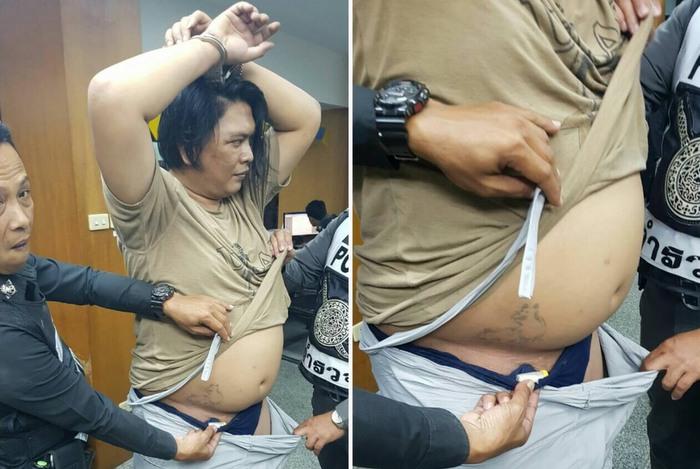 PHUKET: Two men were arrested in downtown Phuket last night after allegedly firing at police as they sped away from a checkpoint.

The Chiang Mai men were on a motorbike on Phoonpon Road at 7:30pm when police ordered them to stop. While fleeing the checkpoint, one of the men, identified as Wuttichai Rattanaputiwong, 31, allegedly fired a shot from a .38 revolver into the air.

Police pursued the men to a rented house in Suanluang Chaofa village. A police unit, dressed in tactical gear, then stormed the house.

At 9:30pm, Col Peerayuth Karajedee of Phuket City Police announced that Mr Wuttichai and his 22 year-old accomplice, Surat Saeyang, had been captured. Police units reportedly found an unregistered revolver with four bullets as well as 2.86g of heroin on Mr Wuttichai’s person.