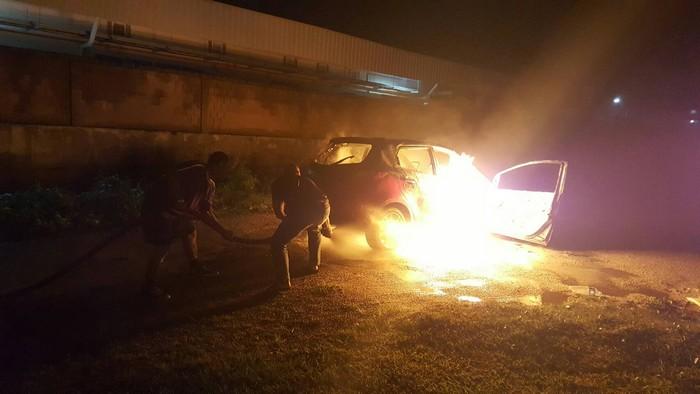 KRABI: The driver of a Mazda 2 escaped serious injury last night when her three-year-old hatchback burst into flames as she pulled into her driveway.

Nattira Phumchat, 27, a dentist at Krabi Hospital, was arriving home from the market in Krabi Town at around 8pm, when smoke began billowing out from under the car’s hood.

“I stopped the car and jumped out. Then I tried to put out the fire with the garden hose but it just got worse so I called the fire brigade,” said Ms Nattira.

Firefighters arrived to find the Mazda blazing away, causing a series explosions, which threatened to spread to an electrical transformer inside the grounds of Krabi Nakarin International hospital, located next door to Ms Nattira’s residence in Pak Nam sub-district.

Firefighters battled the blaze for 40 minutes until the flames died down but fuel that had leaked from the car reignited and engulfed the car in flames for a second time.

“I’ve only had the car for three years. I bought it new and I have it regularly serviced. I don’t understand what happened,” said Ms Nattira.