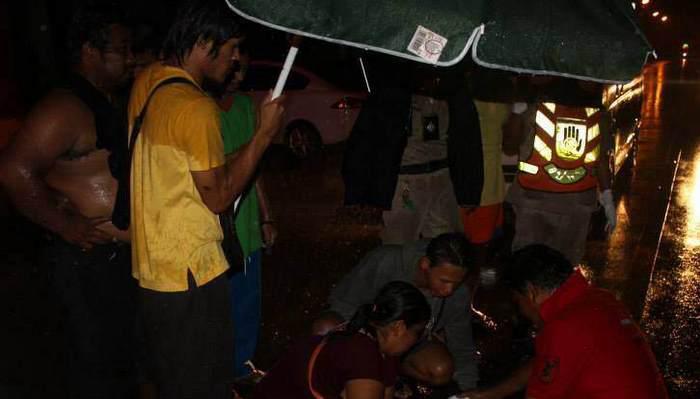 PHUKET: Police are hunting for the driver who killed two teenagers in a hit-and-run crime in Phuket last night.

“It was raining when we arrived at the scene, near the Rawai shell museum. It was clear that they had been hit from behind,” Capt Thada said.

Witnesses said the teenagers, who had just graduated from Mathayom 6, were dating, and returning home from the beach. Ms Jenista was to start university on Monday.

“Nobody could identify the pick-up truck, which was heading toward Chalong Circle on Wiset Road. However, we are checking CCTV,” Capt Thada said.