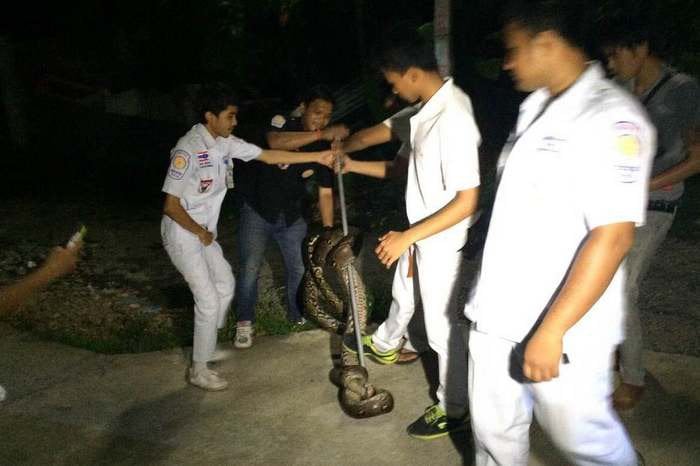 PHUKET: A five-meter-long python was found coiled up at the entrance of a street across from Bangneaw School in Phuket Town yesterday morning.

Kusoldharm Foundation rescue workers rushed to the scene at Soi Jan Asawaksuk after being notified of the massive reptile by local villagers.

“It took eight of us to lift and bag the snake. It weighed about 60 kilograms, so it took us some time to get him off the street,” said rescue worker Jessada Janpen. “We aren’t sure about what happened before we arrived, but the snake was clearly injured.”

The python was then taken to the jungle near the Kathu waterfall and safely released.

“There are many people in this community and a snake of this size can be very dangerous, especially when there are children around,” said Mr Jessada.

“I am very thankful that locals always report snakes to us, rather than trying to take care of it themselves.”