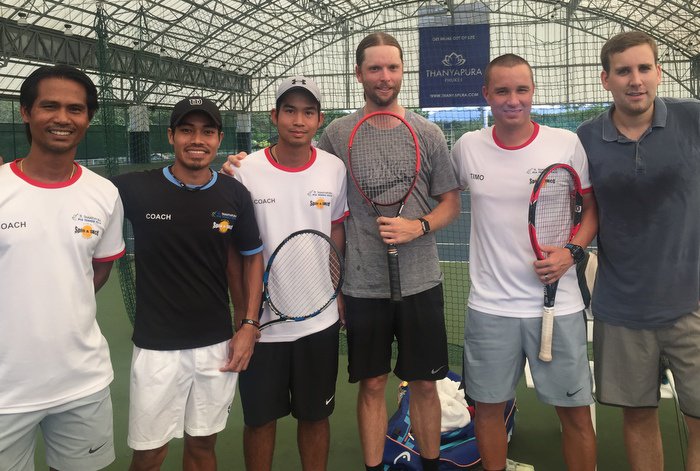 PHUKET: Superstars from the American pop rock band Maroon 5 took to the tennis courts of Thanyapura last week for a bit of downtime between concerts.

James Valentine, the band’s lead guitarist, took advantage of the world-class Phuket facility for some practice and a few friendly matches with the Spin and Slice Team.

“It was such a surprise to see Maroon 5 playing on our tennis courts,” said Timo Sivapruksa, of Spin and Slice.

“James was such a nice guy and played tennis with several people over the weekend.

“At first, we didn’t even know who he was, so I think he felt quite comfortable knowing that he could enjoy his holiday without being crowded by fans.”

The band has now left Phuket for a series of concerts around Asia, including two sold out shows in Bangkok next week.