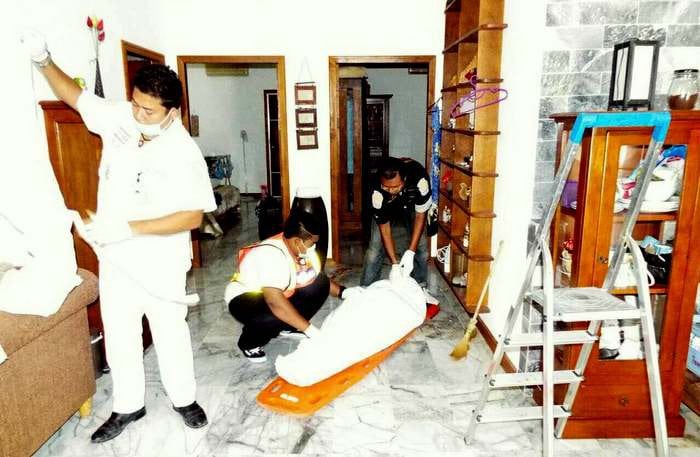 PHUKET: A German woman died yesterday after what police believe was an accidental fall from a ladder while changing a light bulb.

Thalang Police were alerted at about 12:15pm.

Upon arrival, officers found the body of Irmgard Helga Hein, 71, on the floor of her Dream Village home.

“Ms Hein had a plaster cast on her left arm and nearby was a ladder and a light bulb still hanging from the ceiling,” said Lt Narongrit Manachan of the Thalang Police. “We believe she fell from the ladder while changing the bulb, as she may have had some difficulty because of her injured arm.”

Ms Hein’s body was discovered by a neighborhood, who mentioned that Ms Hein lived alone in the house, confirmed Lt Narongrit, adding that there were no signs of a struggle or that the house had been ransacked.

“We believe that she died about 2 hours before the neighbor found her,” Lt Narongrit said.

The body has been taken to Thalang Hospital to determine the cause of death.