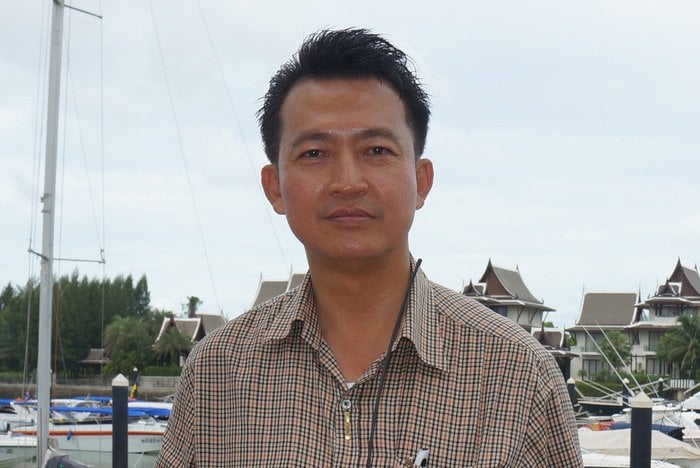 PHUKET: The local Marine Office chief has confirmed that captains taking boats under 12-meters long out from Phuket will be charged for disobeying the small-boat warning issued this week.

The order is now for boats of 12 meters or less, down from the 24-meter-long boat order issued earlier this week (story here). However, Phuket Marine Office Chief Phuripat Theerakulpisut said he was prepared to hand down fines and jail time, or revoke even captain licences if necessary.

“If we find small boats going out to sea, the driver will be charged for disobeying an official order,” said Mr Phuripat.

“The penalty is a fine of up to 5,000 baht, six months in jail or both. If we find them going out a second time, we will permanently revoke their captain licence.”

Mr Phuripat noted that if a company owned the offending boat, the company’s owner would face the same initial charges.

Mr Phuripat told the Phuket Gazette that he has officers watching to make sure small boats do not depart from Phuket.

“It is still dangerous for small boats to take to sea. So far, we have not received reports of any attempting to leave ports,” he said.

“We do not want small boats going out during this weather. We are doing this to protect people’s lives and Phuket’s tourism image.”

Mr Phuripat added that the weather and sea conditions should be calmer next week.

Body washes up on Patong beach