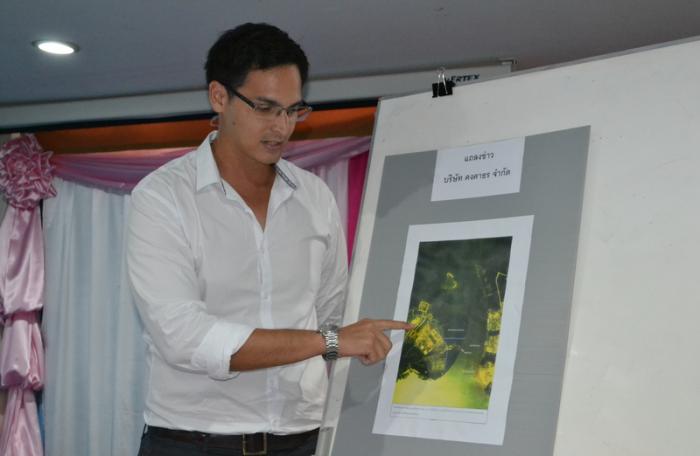 KRABI: The developers of the Port Takola Yacht Marina in Krabi have been charged with land encroachment after Department of Marine and Coastal Resources (DMCR) officers raided the site on June 29.

The DMCR officials said that during the raid more than 100 officers inspected the marina property to determine whether or not it was encroaching on government land.

After alleging that the project does encroach on 12 rai of preserved forest area, the authorities have charged the owners of Port Takola under the National Reserve Forest Act and the Forestry Act for possession and clearance of land without approval.

On July 11, Port Takola General Manager Matthew Na Nagara attended a press conference at the Golden Hill Hotel in Krabi Town, during which he gave statements that the developer would fight the charges.

“The Nob Canal was once connected to the Ji Lard Canal and exited out into Phang Nga Bay, Mr Matthew said. “The company is simply preparing to dredge the canal in order to give yachts access into the 300 rai of marina land.

During the press conference, Mr Matthew stated that the company has been forthright in every respect in its dealings with the government, yet it is still being charged. He also said that the land is administered by the Marine Department, not the Department of Marine and Coastal Resources.

Mr Matthew sought to reassure the marina’s investors that the case against Port Takola would be dropped.

“We have filed a complaint with the Krabi Ombudsman’s office, stating that we’ve been unfairly charged. Furthermore, we have a title deed to the land in question, which allows us to put the land to use,” he said.

19-year-old arrested for more than 20 robberies