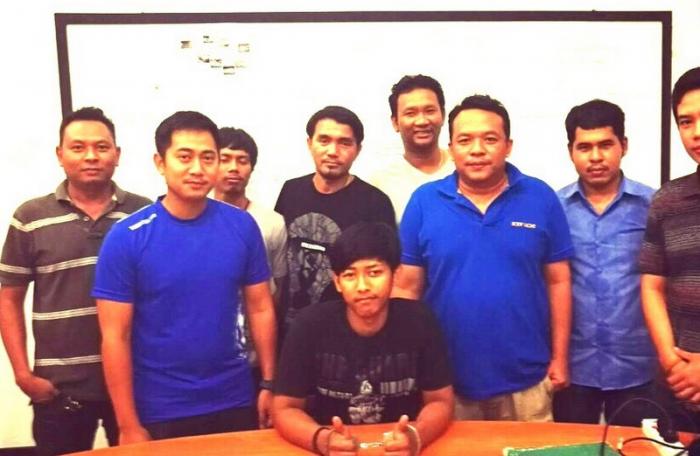 PHUKET: Police arrested a teenager yesterday who confessed to committing more than 20 robberies in Phuket since February.

Channarong Petchmanee, 19, was charged with illegal possession of a firearm in public, gang theft and evading arrest using a vehicle, as per the arrest warrant issued on April 1.

Among other incidents, Mr Channarong confessed to using a firearm to steal five mobile phones, a gold ring and cash from a Burmese camp in Pa Khlok in February. He reportedly used a motorbike that he bought for 5,000 baht on Facebook.

“He told us that he sold all the stolen items and spent the cash,” said Phuket Provincial Police Commander Teeraphol Thipjaroen.

Mr Channarong also confessed to robbing a Burmese worker at a camp behind Phuket Provincial Administration Organization Hospital in March, making off with a gold necklace and a mobile phone.

In April, he used a firearm to threaten another Burmese worker in Pa Khlok and stole a mobile phone and cash.

“He also confessed that last month he and his cousin, Roongrote Dinsawaim, used a knife and firearm to threaten a Burmese worker at a camp near Suriyadet Circle in Phuket Town. He stole an iPad, a gold ring and a mobile phone from him,” said Maj Gen Teeraphol.

Late last month, he robbed another Burmese worker of a mobile phone.

“We’re calling all the victims who may have been robbed by the suspect so that they may show up, and we can add those charges to his file,” added Gen Teeraphol.

Gulu opens up about RPM sale