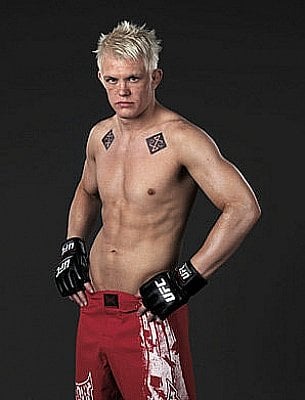 PHUKET: American Mixed Martial Arts (MMA) fighter Junie Browning is the subject of an island-wide manhunt following two brawls in Phuket on Sunday and his subsequent escape from Patong Hospital.

The manhunt was launched following local media reports that an unnamed American man had been involved in a brawl at a bar in Karon.

The man then continued fighting with several foes at Patong Hospital, where all the people involved in the fracas had been sent for treatment. He later escaped the facility and has not been seen since.

The identity of the man has now been confirmed as Junie Allen Browning, a 27-year-old originally from Lexington in the US state of Kentucky.

Tianchai Duangsuwan of the Chalong Police told the Gazette this morning, “We have searched everywhere, but we still haven’t found him. I have heard that he was at one boxing stadium in Chalong, but we couldn’t find him there.”

The search has now been expanded outside of Chalong Police District, which covers the south of the island. Mr Browning’s Facebook page lists his current place of residence as Thalang, the district that covers the north.

Lt Tianchai confirmed that Immigration Police have been contacted and are closely monitoring Immigration checkpoints at both Phuket International Airport and the land checkpoint at Tah Chat Chai.

An MMA insider on the island told the Gazette that Mr Browning had an anger management problem that worsened considerably when he drank alcohol.

“This does not shock me at all. I was just waiting for him to screw up and get caught. It’s really too bad. When sober he can be a really nice guy, and he is a very talented fighter when he applies himself,” said the source.

Browning, who once appeared in the reality TV series The Ultimate Fighter, is known to have been in training at a long-established Muay Thai camp in Chalong. However, he has not appeared at the camp in months, a source there confirmed.

According to a report on the MMA Weekly website, Browning posted an update on his Facebook page after the alleged brawl.

“Wow what a helluva weekend,” wrote Browning “Some [expletive] named Sie Menzies and about 10 of his friends started a fight with me. I guess just to test a ‘UFC fighter guy’ at this [expletive] little bar in Karon, Thailand. Had a beer bottle and glass mug shattered on my head, then to make everything better, stabbed severely by some crazy Thai [expletive].

“On a positive note, I managed to break a few orbital bones, at least a couple jaws, and (left) some unconscious bodies laying on the ground before I blacked out from loss of blood and apparently had to be resuscitated in the ambulance. So, how was your weekend?”

Browning has run afoul of the law before, MMA Weekly reported.

In 2009, he was arrested after taking a handful of pills in an alleged suicide attempt, before assaulting several nurses at a local Las Vegas hospital.

The brawl in Karon also reportedly involved his attacking some female bar staff.

However, Browning adamantly denied this in his most recent Facebook posting, which reads:

“Apparently in the news they are saying their were women involved, that is 100% a croc of sh*t! The only women involved was a Thai women friend of theirs that sliced my forearm open with a 6-inch blade. At no point was any women involved. Even at the hospital I was nothing but polite to every member of their staff. Not until a little birdy told me that the person that hit me with the mug was in the next room did I explode. I immediately sprinted over there and knocked him unconscious with one blow. Phuket law enforcement are very corrupt and apparently the guys that jumped me know more people than I do. I have multiple stitches over my head and body, you don’t have to be [expletive] Stephen Hawkins to realize a women did not do this to me.”