PHUKET: A man is in hospital recovering today after being plucked from the fast-flowing waters under Phuket’s Thepkrasattri Bridge.

Sen Sgt Maj Sayan Mesang, stationed at Tha Nun Police Box under the nearby Sarasin Bridge, told the Gazette that he received reports of a man attempting to jump off the bridge at about 10:45am yesterday.

“I rushed to the scene, but by the time I got there the man had already jumped. I found only a motorcycle parked halfway across. The man was already floating away in the channel to the Andaman Sea,” he said.

Luckily for the man, 36-year-old rubber plantation worker Thanawat Mingpijan, a fast-acting local boatman living under the bridge and some friends leaped into action

Hasun Soduang, 63, was watching TV in his house when he heard a neighbor call out that he had just seen someone jump off the bridge.

“Me and three friends jumped into my boat, started the engine and rushed to go help him. We found him floating, caught in the strong current in between the bridge and the mouth to the Andaman Sea,” said Mr Hasun.

“When we caught up with him, he was calling out for help. We threw a rope out to him, but he was too weak to catch it. We shouted at him many times to grab the rope. He finally did and we pulled on board and brought him back to shore,” he added.

“Mr Thanawat is suffering from some health problems. His legs and arms are weak, and he was unable to work. He was frustrated, so he decided to drive his motorbike to the middle of the bridge and jump off,” Sen Sgt Maj Sayan said.

Mr Thanawat is now in safe condition, he added. 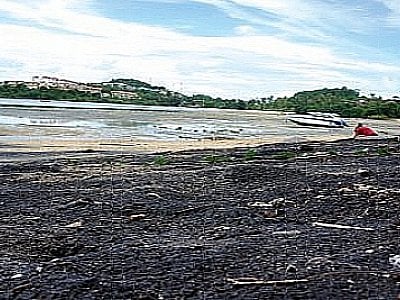 The Riddle of Phuket’s Black Sands 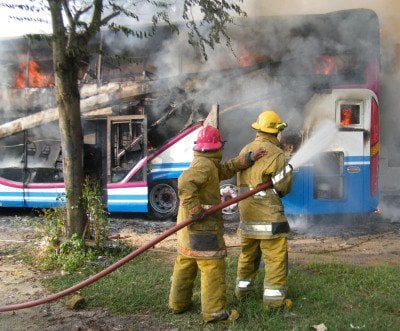