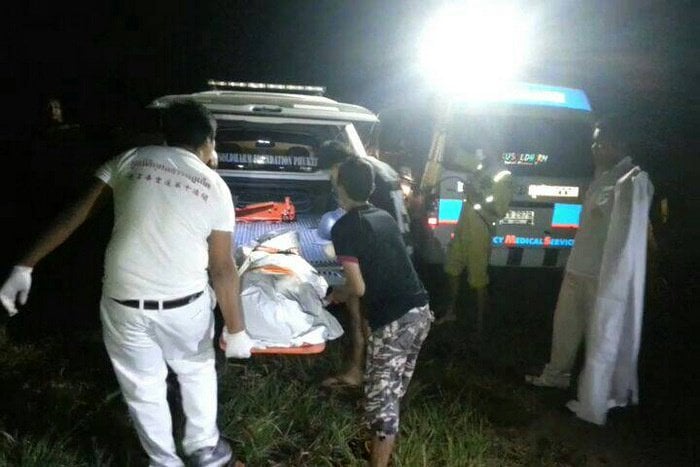 PHUKET: Police are attempting to identify a man whose body was found in a mangrove swamp in northern Phuket late last night.

A local fisherman discovered the body among mangroves in Tah Chat Chai, at the northern end of Mai Khao, at about 10:30pm.

“The body is of an Asian male, dressed in a black t-shirt and purple shorts. He was about 25-30 years old, and about 165cm tall,” said Maj Santi Prakobpran of the Tah Chat Chai Police.

“There are multiple stab wounds to his chest, back and neck.”

Police believe the man was murdered more than 24 hours before his body was discovered.

“We haven’t found any documents identifying the body, but we believe that the man was a fisherman or worked on a fishing boat from either Phuket or Phang Nga,” Maj Santi said.

Officers are co-ordinating with police in Takuatung, Phang Nga, in the hope of identifying the body, which was taken to Thalang Hospital, he added.