THALANG: A young man died after being stabbed and stomped in a brawl with six others in front of a karaoke bar on Srisoontorn Rd last night. Pol Lt Col Whuttichai Chumput, Deputy Superintendent of Thalang Police Station, told the Gazette that the victim was Winai Yumduang, a 21-year-old factory worker. Col Whuttichai said witnesses had told police that K. Winai was at the Noree karaoke bar when six men arrived at 11:30 pm to see a woman who worked there. The woman went outside to meet the men and K. Winai followed. Shortly afterwards a fight broke out. “He walked out in front of the bar and started fighting with the suspects,” Col Whuttichai said. “He was stabbed once in the chest with a pocket knife, badly injuring him. “When officers arrived, the six men who were beating K. Winai ran off in separate directions, but the officers caught them all within about 20 minutes,” he said. “K. Winai was taken to Thalang Hospital and later died there,” he added. Col Whuttichai named five men arrested as Sombat Kamtorn, 23, who confessed to the stabbing; and Somkiat Srisawang, 23, Somnuk Faiboonjan, 24, Naradol Thammasiripaiboon, 22, and Rammakorn Sungkanit, 20. A 16-year-old boy was also caught. All six were charged with conspiracy to murder and are now being held at Thalang Police Station.

Watch out for strangers, says Wan Nor 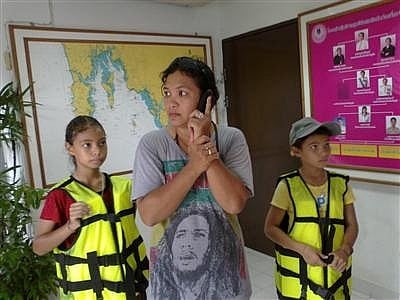 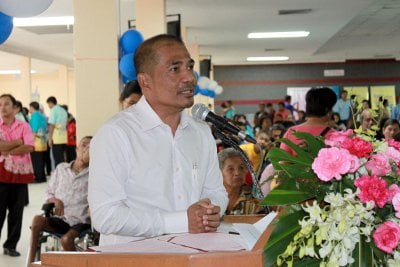