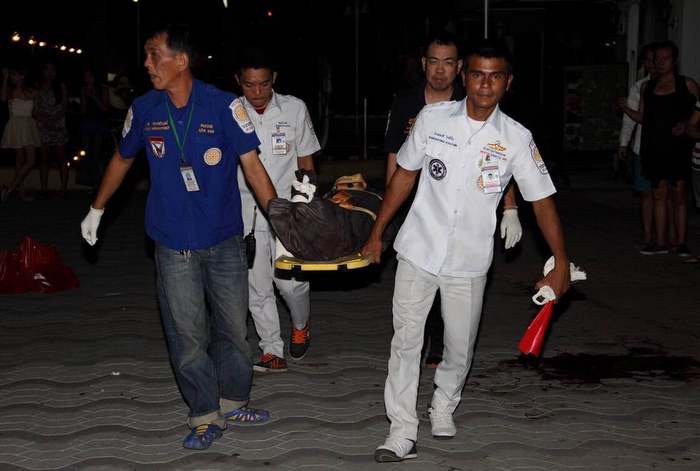 PHUKET: A man was stabbed to death in Patong after getting into a drunken row with a fellow drinker early this morning.

When police arrived at the scene at about 3:45am, they found a heavily tattooed man dead on the ground at a house on Soi Paradise.

“We checked the body of Somkit Jandawong, 27, and found that he had been stabbed four times,” explained Lt Col Jessada Saengsuree. “In his pocket, we found a lighter, a mobile phone and 20 baht in cash.”

Also at the scene, police found part of a knife.

While questioning witnesses, police discovered that Mr Somkiet had gotten into an argument with one of the people he was drinking with in front of the house.

“The argument supposedly turned into a fist fight. Then, the victim was stabbed,” Col Jessada said. “Afterward, a woman came by on a motorbike and picked up the perpetrator.”

Police have yet to identify the suspect. However, they are continuing to question others who were part of the drinking group, confirmed Col Jessada.