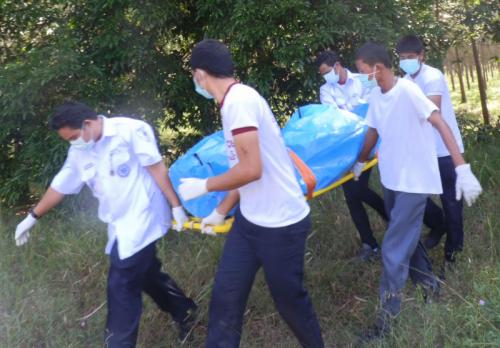 PHUKET: Police are investigating the death of a man who was found hanged early yesterday morning near the entrance to the Bang Neaw Dum reservoir, a popular recreational park located in the heart of Phuket.

Police believe the man’s body remained undiscovered for about five days before it was spotted by local villagers.

“The man was hanged by a blue towel tied to a branch about five meters above the ground,” Thalang Police Duty Officer Kittiphum Tinthalang said.

The man’s jacket was found neatly folded over a branch close to the ground.

“According to some local residents he was known to be a carpenter by trade, but he did not have a permanent residence in Phuket,” he added.

Kusoldharm Rescue workers recovered the body from its high resting place and transported it to the Thalang Hospital morgue.