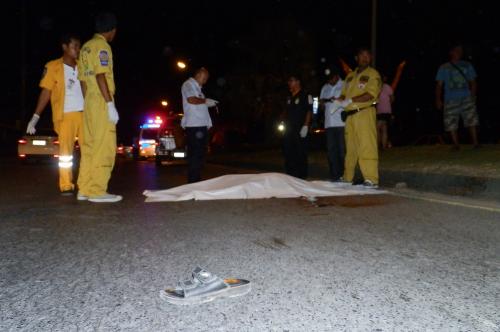 PHUKET: A man was decapitated in a hit-and-run accident on Thepkrasattri Road last night.

Responding to the accident report at about 9:30pm, police found a crowd gathered around the body of Tin Ohn Thong, 44.

The man’s body was lying near the median strip on the northbound side of the road in Srisoonthorn, near the Karn Keha housing estate.

A damaged bicycle was found on the left side of the road, said Chatree Chuwichian of the Thalang Police.

“We questioned witnesses, but nobody saw who hit the man,” Lt Chatree said.

Police are looking for the driver who fled the scene.

Phuket father’s cash-quest was for wrong kind of drugs