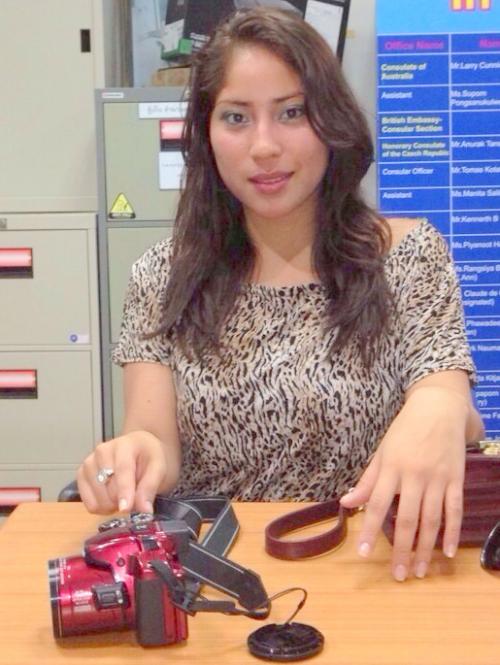 PHUKET: Phuket Police have been praised for their quick work in arresting two youths after a Brazilian tourist had her camera snatched in Kata early Monday morning.

The pair were found in possession of a Nikon camera stolen from Brazilian tourist Rosemary Maria Cabrera.

“After receiving the report, we checked CCTV cameras in the area and saw two men on a red-and-black Yamaha Fino motorbike snatch the camera from Ms Cabrera while she was walking along the street,” Col Sophon said.

“We tracked the thieves down and found out where they were staying. They have both confessed that they stole Ms Cabrera’s camera,” he added.

“The incident might have caused Ms Cabrera to have a bad impression of Phuket. However, the officers arrested the thieves quickly, and Ms Cabrera is very appreciative of how they performed their duties,” Maj Gen Choti said.