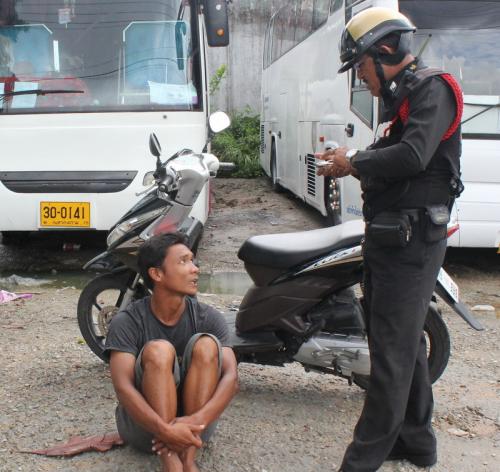 PHUKET: The man who claimed he was stealing an air-conditioning compressor to buy medicine for his sick son tested positive for drugs after his arrest on September 12.

The owner of the garage where the bus was parked first told police that he did not want to file a complaint against 28-year-old Chaiwut Kongkhaoriab.

“He told us that he didn’t want to press charges because he sympathized with Mr Chaiwut after hearing the story about his sick son,” said Witarn Iadnimit of the Phuket City Police (story here).

The police took Mr Chaiwut to the police station to file their report and administered a urine test for drugs.

“We then contacted the suspect’s father, and confirmed that Mr Chaiwut’s son was indeed sick. However, the father told us that Mr Chaiwut was a drug-user and was trying to get money for drugs for himself rather than medicine or treatment for the sick boy,” Lt Witarn said.

Mr Chaiwut was charged with theft, and will be sent to a drug rehabilitation facility.