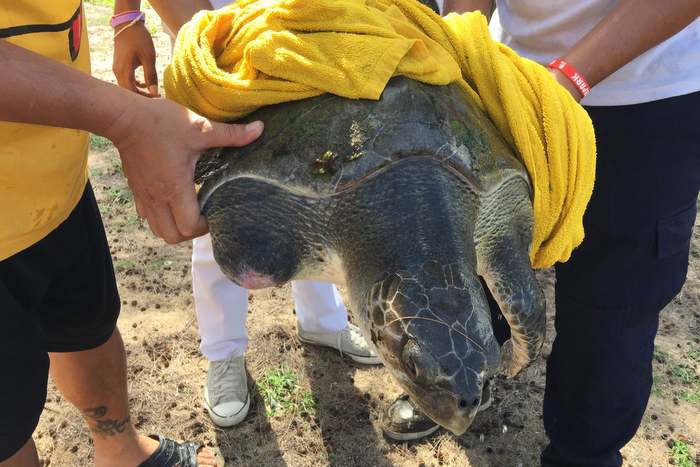 PMBC experts examined the turtle and concluded that it had mostly likely been caught in a fishing net for at least three days before it was rescued.

“The turtle looked very weak. It might have gotten stuck while looking for food,” said Winai Sae-ew of the Mai Khao Tambon Administration Organization (OrBorTor).

The 15-20 kilogram turtle was missing its right front flipper and had sustained severe wounds to its back right flipper.

“I am very worried about our sea turtles. Each year, we find at least 30 injured or dead turtles in Phuket. This doesn’t include unreported cases,” Mr Winai said.

“The OrBorTor will continue to try to conserve and protect turtles as much as we can.”