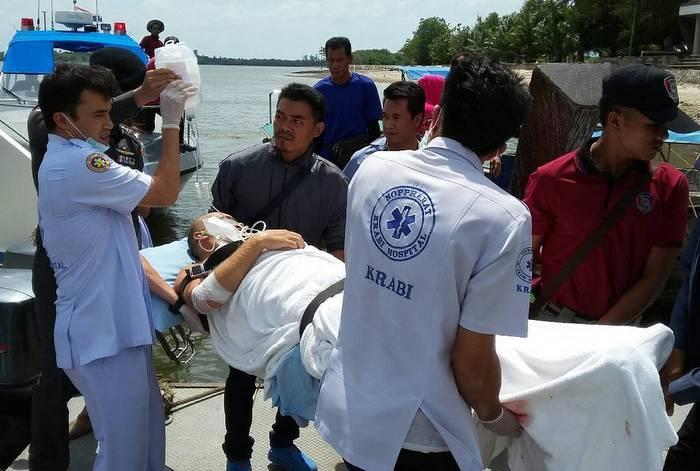 KRABI: Two Russian divers who were seriously injured in a speedboat accident earlier this month have safely returned home, confirmed a Krabi official.

Sergei Dmitriev, 30, and Dmitry Kurynov, 48, were diving near Maya Bay on February 5 when they were hit by a speedboat, causing one diver to lose his leg and the other to suffer serious injuries (story here).

“The driver of the speedboat has already been charged with reckless driving causing serious injury, while both divers safely returned home to Russia last week,” Maj Seksan Boolert of the Krabi City Police told the Phuket Gazette.

Police confirmed that both the speedboat and the dive boat had all the proper documentation and permits.