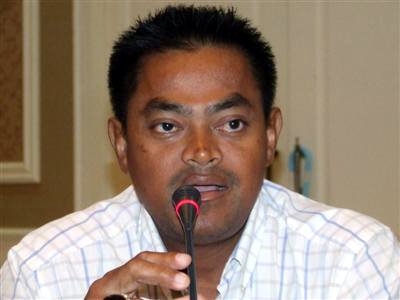 PHUKET: A Memorandum of Understanding (MoU) between Cape Panwa taxi drivers and tour operators who use the Phuket Deep Sea Port will be drawn up in an attempt to resolve the ongoing dispute over access to tourists disembarking there.

Phuket Vice Governor Weerawat Janpen this morning chaired a discussion on the issue at Provincial Hall.

The MoU, to be drafted by the Phuket Marine Office within one month, is expected to put in writing most of the terms of a verbal agreement made one month ago during an emergency meeting at the port.

That meeting followed the latest blockade of the port by drivers, who demanded tour operators serving the luxury cruise liner Silver Spirit give them access to passengers.

Phuket Marine Office chief Phuripat Theerakulpisut told the meeting the MoU would be fair to both sides, giving the taxi drivers access to 50% of disembarking passengers in general cases.

However in cases where passengers booked port-of-call tours prior to their arrival in Phuket, the split might be 70% to 30% in favor or the tour companies, he said.

Representatives of some 20 tour companies attended the meeting, many voicing concerns about how the agreement will work in practice and questioning its validity from a consumer protection standpoint.

Kanin Vivataga, managing director of the South Services tour company, said tour programs can take up to two years to develop. Local taxi drivers often fail to take passengers to their desired destinations, instead take them to establishments where they can earn commissions from operators, he said.

“Some passengers also book specific types of vehicles, such as Mercedes, that they would like to travel in. They should have the right to make such choices. We have to find a compromise solution on all these issues if this is going to work,” he said.

Orachorn Saiseethong, southern branch manager of the Sea Tour agency that was the victim of the taxi drivers last blockade, told the meeting that the 50%-50% would work only for large groups of passengers without prior itineraries.

“But for smaller groups of 200 to 500 passengers who have already booked tour programs from abroad, the deal will not work,” she said.

“It’s no different than the takeover of Suvarnabhumi Airport [by yellow-shirt People’s Alliance for Democracy protesters]. Our national security is at stake here,” he said.

Ekkon Wanviros, local branch Manager of Destination Asia, said he wanted assurances that all of the taxi drivers are in fact local people. The tour agencies shouldn’t be expected to support drivers coming in from other areas as part of any agreement, he said.

Wichit Municipality deputy mayor Chairat Kumban said there are currently 92 taxis and 84 vans operating in the area. They are all local people just trying to keep their families clothed and fed, he said.

“We should try and understand them and not brand them as ‘mafia’ as some have done,” he said.

The meeting comes as four US Navy ships including the nuclear powered USS Ronald Reagan are on a rest-and-relaxation port of call in Phuket.

Thus far there have been no reported confrontations, though the taxi drivers reportedly continue to ask sailors for fares of up to 6,000 baht for group journeys to Patong.