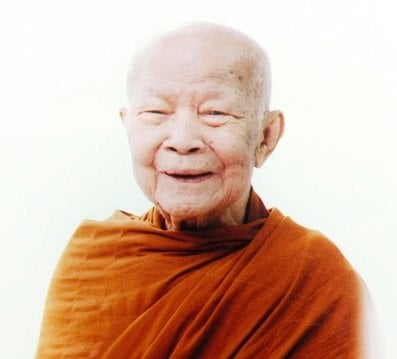 PHUKET: Scores of people are expected to join a ceremony tomorrow morning to place bone fragments of the highly-revered Luangta Maha Bua Yanasampanno at a temple in Phuket Town.

The fragments will be installed at Wat Jaroen Samanakij, known locally as Wat Lang San, near Phuket Provincial Hall.

The event will begin at 7am with the giving of alms to monks, followed by the ceremony to place the bone fragments starting at 7:45am.

The ceremony will finish around noon.

The fragments are currently at the residence of Phra Arjan Jamrat Jantachotoe, an abbot at Wat Jaroen Samanakij who once studied under Luangta Maha Bua.

During the ceremony tomorrow, the bone fragments will be enshrined in a sala at the temple, where ashes and strands of hair of Luangta Maha Bua are already being kept.

Donations will be sought to build a pagoda that will become the final resting place of the remains.

More than 200 people welcomed the arrival of the bone fragments in Phuket at 8pm last Sunday.

Hundreds more have since visited the temple to pay their respects, a monk at the temple told the Phuket Gazette today.

He passed away at age 97 and was cremated last weekend in a ceremony that captivated the nation. Among the guests of honor was Prime Minister Abhisit Vejjajiva.

Bone fragments of Luangta Maha Bua are being distributed to more than 300 different temples nationwide so that people may pay their respects.