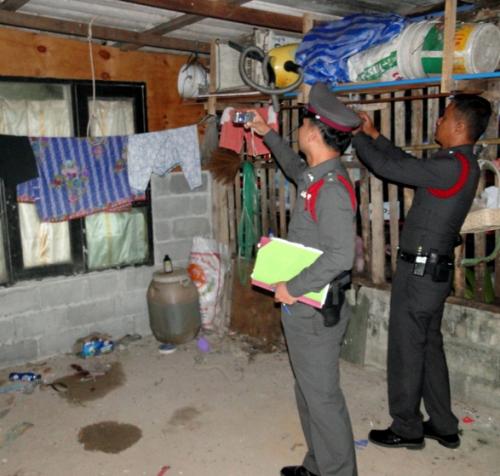 PHUKET: A member the Thai Royal Navy was found hanged in his Phuket garage, just days after he discovered his girlfriend was having an affair.

The body of Wanchai Sripangmol, 23, was found hanging from a rafter in his Kathu garage by his parents yesterday morning.

“He took leave over New Year to visit his girlfriend in Kalasin Province only to find she was seeing one of his close friends,” Mr Wanchai’s father, Teera Sripangmo, said.

Mr Wanchai returned to Phuket after the discovery. On arrival he went to his mother and went down on his hands and knees in a traditional gesture of respect known as “grab“.

“After that he spent the whole day drinking alcohol in front of his house,” Mr Teera said.

When police and Kusoldharm rescue workers arrived at the dead man’s house his body had already been taken down by his family members, Capt Wittaya of the Thung Thong Police said.

“We did not find any wounds on his body, only bruising around his neck from the rope,” Capt Wittaya said.