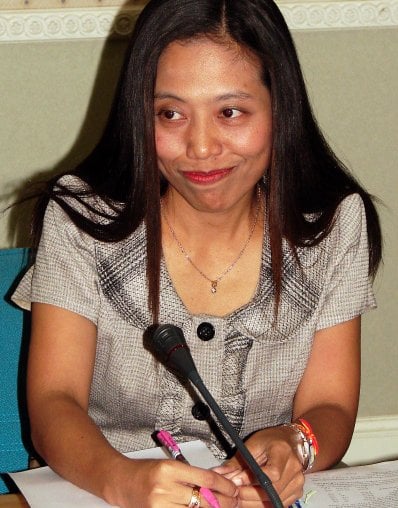 Sukadach Ratanaburi filed a group complaint at the Governor’s Office on Monday, together with about 100 local tourism business operators with him for support.

“These Russians are stealing our jobs,” Mr Sukadach said. “They set up tour information counters by the roadside, sit there and sell tours.

“They also work as guides and taxi drivers. More than that, they give wrong information to Russian tourists. They tell them not to use Thai tuk-tuks or taxis, or any service provided by Thai people,” he said.

Mr Sukadach said repeated complaints had been filed for the past two months, with no action being taken.

“We have filed complaints many times – to the Phuket Tourism Business and Guide Registration Office, the Tourist Police, and the Immigration Police – but there has been no progress,” he explained.

Furious with the lack of action, the protesters accuse Phuket Tourism Business and Guide Registration Office Chief Piyasuda Sukcharoen of failing in her duty to protect Thai jobs.

In the formal complaint, they called for an investigation into Chief Piyasuda’s performance and verification that the accused tour companies were licensed to work in tourism.

They also called for an investigation into whether accused Russians had work permits, and how they could work in an occupation reserved by law for Thais.

The complaint included a request that one of its signatories serve on the provincial committee that would carry out the investigations.

At Provincial Hall to face her accusers in person, Chief Piyasada said, “About two weeks ago, I sent my officers to go out with Tourist Police to inspect company licenses.

“So far, we have found one company involving Russians that I will cancel the tourism business license for. The name of the owner of the company was changed from a Thai to a Russian not long after the company was issued its license,” Ms Piyasada said.

“I am currently working with the relevant government agency and looking to act on this as soon as possible,” she added.

Vice Governor Nivit Aroonrat, who formally received the complaint, said he needed a week to look into the allegations and that he would inform Mr Sukadach of any progress.

When filing the complaint, Mr Sukadach did not stipulate how many registered tour guides in Phuket were proficient in speaking Russian.