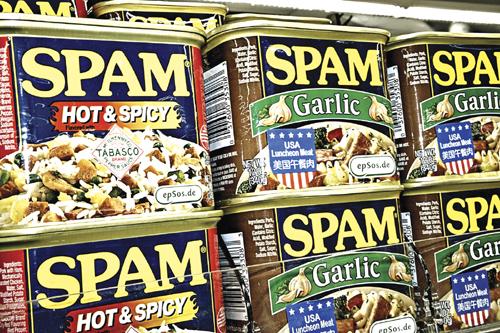 “Hi Woody, I thought you might be interested in this, but knowing you, you already know about it! The problem I have been having is sending e-mails through True, because sometimes they will not go for a couple of days and other times they are fine. Nothing that I change on my computer, such as Microsoft, internet or Outlook settings seems to make any difference.”

You have an email program running on your computer. (The problem doesn’t affect online email such as Gmail,Yahoo Mail or Hotmail). You can receive mail, but, no matter what you do, some of your mail gets stuck in your Outbox, and you can’t get your email program to send it.

Mysteriously, if you have a laptop, email in your Outbox may get sent if you’re connected to the internet in your house, but it won’t go out if you’re at an internet café. Or vice-versa.
I’ve written about this problem several times here in the Phuket Gazette over the past ten years, but I keep hitting new twists. Reader PS reminded me of one that’s a particular problem in Phuket. First, some background.

When you send mail from your PC using any of the common email programs that run on your computer, tablet or phone (Outlook, Outlook Express, Windows Mail, Windows Live Mail, OS X Mail, iOS Mail, Metro Mail, Thunderbird, Eudora, etc.), your computer connects to a particular kind of computer on the internet called an SMTP Server. SMTP Servers get the mail delivered using the internet’s mail-handling routines. Most people use the SMTP Server that’s owned by the company that controls their email. The SMTP Server I use for woody@khunwoody.com, for example, is called smtp.khunwoody.com. When I pay to renew the khunwoody.com name every year, part of the amount I pay goes to the care and feeding of smtp.khunwoody.com.

Here’s where it starts to get complicated. When computers communicate over the internet, the steps they go through are similar (in some ways anyway) to the steps you take when you try to telephone someone at a large company. Consider trying to call somebody at Starbucks in Bangkok. You need the Starbucks phone number in Bangkok – 02 613 7277 – but you also need the person’s extension. Let’s say it’s 1212.

Computers on the internet communicate similarly. You need the telephone number (in the case of my outbound email computer, my SMTP server, it’s smtp.khunwoody.com). But you also need the extension. In the computer world, the extension is known as a “port.” Therein lies the rub.

You may not realize it, but when you surf on the web, you usually use port 80. There’s nothing magical about 80. It’s just the port number – the telephone extension number, if you will – that almost all computers use for web access.

Similarly, when you send mail out to an SMTP server, traditionally computers have used port 25. Nothing magical. It’s just that, historically, SMTP servers watch for incoming mail on port 25.

Right now, I know of three ISPs that are blocking email on port 25. TT&T/3BB started blocking it in May, 2009. True has been blocking port 25 for some time, although I don’t know precisely when they started. TOT has blocked port 25 from time to time, and right now you may or may not be blocked, depending on what kind of TOT line you have – ADSL, Fiber, Winet – and possibly even your location. If you move your computer from a 3BB line to a True line (by, say, going to an internet café), you may be blocked in one location and not in the other.

Other ISPs, all over the world, including Telefonica, Vodafone, BritTel and many others, block port 25 at various times for various reasons. It’s a naive, draconian way to reduce outgoing spam, because the SMTP servers favored by spammers and botnets frequently use port 25. Apparently somebody at True decided they would reduce spam traffic over the True network by shutting down all communication destined for port 25.

There’s another problem. Both 3BB and True have set up SMTP servers as “open relays”which is considered a very, very bad thing to do. Why? These particular servers can be used by anybody to send out email. Anybody. So if you connect your computer to the internet using a True line, for example, and you use the True SMTP server for your outbound mail, True just shovels your mail out to the internet. Spammers love it. They take a PC to a True-based internet café, and they can send hundreds of thousands of emails without having an email account anywhere, without any sort of tracking. That’s why open relays are so widely hated in the industry. But True and 3BB (and probably other ISPs in Phuket) maintain open relays.

Why you should be wary of Thai open relays? They go up and down all the time. One day you can send out your mail, the next day you can’t. They’re very poorly maintained and notoriously unreliable and should be removed altogether.

Here’s how to check for open relays and port 25 conflicts.

Look at the name of the Outgoing Mail Server. If you see something like smtp.tttmaxnet.com or mail.trueinternet.co.th, or some other address that has your ISP’s name in it, you’re using an open relay. If you find that you’re using an open relay, you need to find the name of your email company’s SMTP server. Google is your friend. For example, if your email is through ihug.co.nz – your email address is something@ihug.co.nz – just Google smtp server ihug.co.nz.

Next, click the button marked More Settings, and choose the Advanced tab. See the internet e-mail settings dialog box below.

If the SMTP port is listed as 25, you need to change it to a different port – one that your email company’s SMTP server will recognize. I’ve found that port 587 works for many email companies, but not all of them. If you try 587, click OK all the way back out to Outlook, and your mail still doesn’t go out (or you get tripped up on a test that doesn’t complete), head back to Google. Look for your email company’s SMTP port with a search on, for example, smtp port ihug.co.nz.

Email should be easy, but if anything goes wrong, it’s not. Someday email setup will be simple and automated. For now, it’s antiquated and obscure – just like most of the PC milieu.