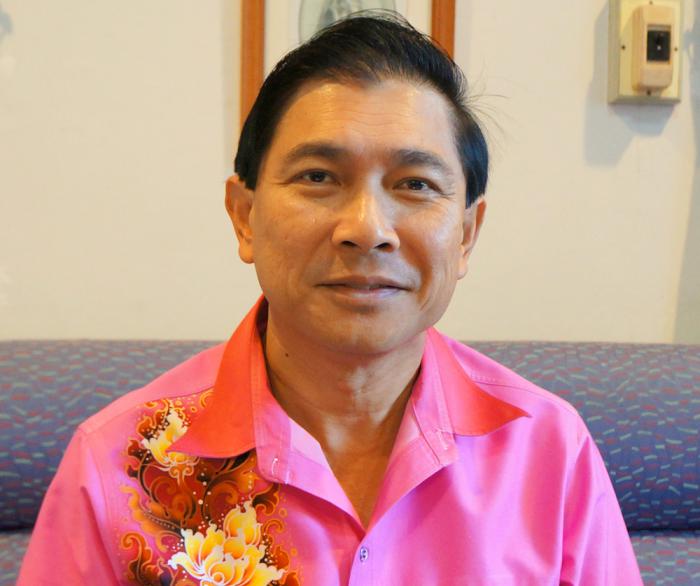 Maitri Inthusut arrived on the island to take up the position of Governor of Phuket in October 2012. With a master’s degree in political science from Thammasat University, he joined the National Security Council, rising to the position of NSC Secretary-General, before taking up the position of Chief Secretary for Secretariat of the Cabinet. He has also served as Governor of the provinces of Trang and Phayao.

Here, in his third ‘Letter from the Governor’, he thanks two foreigners who helped Phuket residents in need.

PHUKET: As we face ongoing political instability, protests and even violence, it is reassuring to hear of generous charitable acts, of people who feel moved to help others without asking for anything in return.

This is particularly so when the people involved come from different countries. It reminds us that regardless of our differences, we are all human beings and it helps us feel united in a fundamental way, in our hearts.

I’d like to thank and warmly praise Derek Clarkson from Australia and Delyse Gibson from new Zealand for helping two Phuket residents.

Mr Clarkson helped put Wilaiwan Damnui, a cigarette vendor who was born with a deformed leg and no hands, on the path to getting a new prosthetic leg (story here).

He said he was inspired by her independence – despite her handicaps, for years he saw her working every day to support herself on Bangla Road in Patong.

When he realized that she needed a new leg, he stepped forward to help and contacted the Phuket Gazette for assistance in communicating with Ms Wilaiwan.

In Ms Gibson’s case, it was a disaster that motivated her to come to the aid of mini-crepe seller Prayoon Inpuang, someone she had never met.

Even though she wasn’t in Phuket, when she read that his sole source of income, his crepe cart, had been destroyed in a fire, she was moved to contact the Gazette to find a way to help him (story here).

A lot of people feel moved when they read stories such as Ms Wilaiwan’s and Mr Prayoon’s, but not many people take action. Mr Clarkson and Ms Gibson are excellent examples for all of us. If we reach out, if we take the time to make the effort, we can make a difference.

I’d also like to praise the Gazette for their role in making these good things happen. What they did reminds us that the media is one of the most important elements to building a better society. Sometimes they can even make dreams come true.

Without diminishing the kindness of the donors, I’d also like to remind everyone that the government has subsidies and services to provide for those who need them.

I was told that Ms Wilaiwan had already received one prosthetic leg and wasn’t aware that she was eligible for another one.

There are foundations and organizations to help all Thai people. I’d like to encourage anyone who might be in a similar position to seek out help with your local government office. If you fail to get the help you need there, come to us and we will connect you with the appropriate group.

There are also subsidies available for disabled people in Phuket. Those people who are eligible will receive a monthly allowance after they register with the government. It is not a lot of money, but we hope that it will help you when you need it.

If all other avenues fail, come to see me in person to tell me what trouble you are in. It is my job to make sure the government is taking care of you.