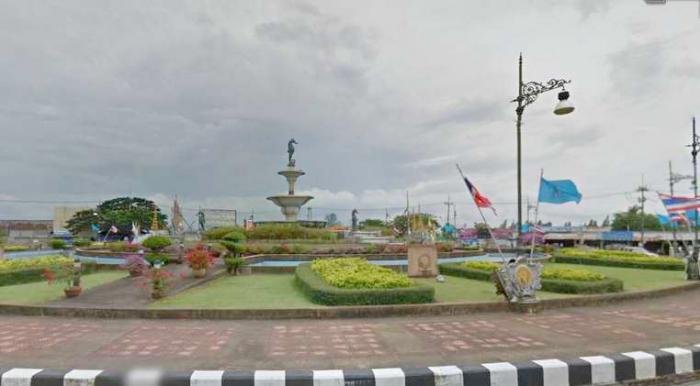 About 30 officers took part in the raid at a shop near the Nimit Circle (also called the Seahorse Circle), said Phuket City Police Superintendent Sermphan Sirikong.

“We went in at about 9pm and found more than 30 people either filling in gambling forms or watching TV,” he said.

“We rounded them up and took them to the station to check their criminal records. Gambling is not a serious crime, but raids like this present an opportunity for us to nab criminals who might be on the run.”

“The Bangkok police weren’t along for any special reason, it’s just a part of their job to visit every province and participate in raids like this.”

After the record check at the station, eight men and two women were charged with gambling and the rest were released. The 10 accused are out on bail and will attend court today to pay a fine.

Col Sermphan said that police raid gambling dens “all the time”, but cannot prevent the activity.

“I know that people find pleasure in gambling. As long as it doesn’t harm anyone, it’s not a very serious crime; but please keep in mind that it is illegal and if we find you doing it, we will arrest you,” he said.

Col Sermphan urged parents to do their best to keep their children from becoming involved in gambling.

Letter from the Phuket Governor: Creating unity in a time of discord