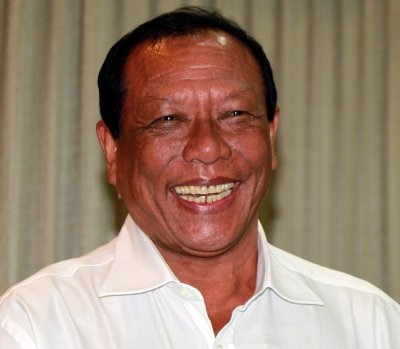 PHUKET: Pian Keesin was re-elected to a third consecutive term as Patong Mayor yesterday, with members of his “Rak Patong” party winning 17 of the 18 seats contested to give him an unassailable majority in the new city council.

Only one of his team members, Chalermsak Maneesri, was able to win a council seat, narrowly beating the only independent candidate for the last available seat in District 1.

Mr Chalermsak served a short term as mayor in 2003 before he was ordered by the Phuket Provincial Court to step down for electoral fraud after charges were levied against him by Mr Pian.

Apart from Mr Chalermsak and his brother Surasak, who is another former mayor ordered to step down on corruption charges, Mr Pian has had a virtual stranglehold on the Patong political scene since the early 1990s.

Yesterday’s win, if ratified by the Election Commission in Bangkok, will mark the start of his fifth term as mayor of the popular tourist town.

Results (all unless otherwise marked):

The results must be confirmed by the Election Commission (EC) in Bangkok before the new city council can convene.

Election law dictates that the EC must either validate or reject the election results within 30 days of the election date.