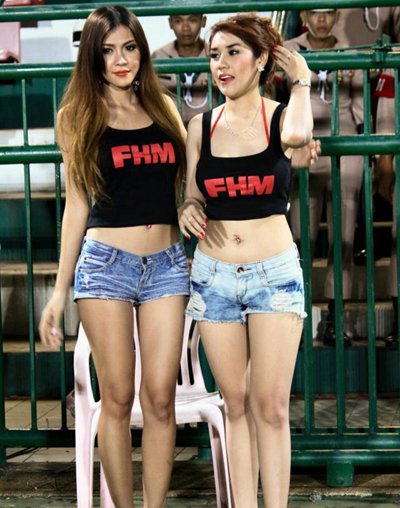 PHUKET: The Islanders maintained their 10th place standing in the 18-team Yamaha Division One football league thanks to a 1-1 home draw against Nakhon Ratchasima FC on Saturday evening.

The match, played under clear skies at Phuket FC’s Surakul Stadium, drew a crowd of about 2,500 fans, including dozens of Korat “Swat Cat” fans who travelled all the way from central Isarn for the fixture.

The Islanders took charge early on, putting the opponents’ travel-weary defense to the test on a number of nail-biting plays.

Phuket’s Korean starter, Seongwon Byeon, was carried off the pitch late in the first half following a collision with a Korat defender inside Phuket’s penalty box, leaving the Korean with a deep, stitch-requiring cut on his face.

Replacement Poramat Krongborisut came on the pitch to keep up the attack, though the scoreboard remained 0-0 going into half time.

It was the visitors who would open the scoring shortly after half-time when Brazilian import Rian Marques in the midfield directed a pass to Thawa Srithammanusarn, who was free on the left wing.

Thawa sent another beautiful pass to teammate Promphong Kransumrong, who had outrun his Phuket marker and drove deep toward the goal line before sending his shot to the far post, past the outstretched arm of the Phuket keeper and into the back of the net.

Phuket scored the equalizer 16 minutes later with a sublime goal from a beautifully-executed free-kick taken by newcomer Nontaphan Jiensathawong.

It was the third goal of the season for Nontaphan, who previously played for Thai Premier League powerhouse Muangthong United. Joining Phuket in the season’s second half, his precision free-kicks have been an important factor in helping the Islanders rise from the relegation zone to mid-table respectability.

With the score level again, both sides enjoyed some decent scoring chances throughout the remainder of the match.

To view the goals and other highlights, click here.

Phuket brought on two more foreigners from the bench in their effort to produce a winning goal, including Ivorian Kanoute and recently-signed Boas Chun.

In his debut at Surakul Stadium, the Korean played deep far wing and impressed the crowd with his smart and evasive through-passing, working well with Bolivian Roland Vargas and local Thawin Butsombat on several attacks.

Kanoute, known for his superior ball handling skills, was unable to find his tempo and despite four minutes of added time, neither side could gain the upper hand before the final whistle.

Following the match, Phuket Coach Narong Arjarayutt told the Phuket Gazette that he was satisfied with the result.

“We conceded that goal way too easily, but after that we worked real hard and had many chances to score. We were the underdogs, so the result is satisfactory.”

Korat’s Brazilian Head Coach, Reuther Moreira, was also satisfied, albeit with some regret.

“We had the chance to win, but unfortunately for us, Phuket equalized and we couldn’t get back on top. They played really well today, closing spaces and limiting our attacking options.”

“Now that this match is over, my team will finally have a decent opportunity to rest a full week before our next home match against Rajpracha. We’ve had a hectic schedule, with 10 games in the last month. Our players have had little time to rest and recover,” he added.

Also speaking to the Gazette Bolivian Roland “Pato” Vargas, who entered the fray for Phuket in the season’s second half, “We’re improving every match and learning to play with each other better. These kind of things take time. We are not only playing for ourselves and the team, but for our supporters as well,” he said.

The result sees Korat fall into 9th place – one spot ahead of Phuket.

Other Division 1 results over the weekend:

Phuket’s next match is an away fixture against 8th placed Airforce United on Saturday at North Krungthep University in Bangkok. Kickoff is set for 4pm.

Landslide win for Phuket’s Pian Keesin – the Mayor of Patong