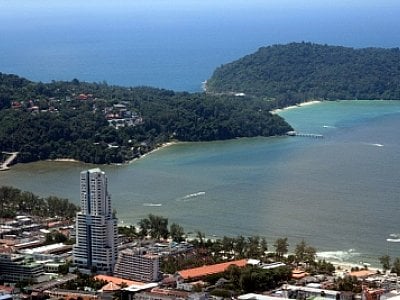 PHUKET: Phuket leads all of Thailand in the amount of land held by foreigners, with up to 90 per cent of prime beachfront land being illegally held through Thai nominees, claims one of the country’s top land officials.

Speaking at a recent seminar on legal issues relating to land ownership, Land Inspector Sriracha Charoenpanit said Thailand’s positive characteristics, friendly people and hospitality made it an attractive place for foreigners to want to live, work and acquire land.

The cumulative effect of this had been a growing problem of land ownership though Thai “nominees”, he was quoted as saying in a Thai-language report on the state-run MCOT website.

Thailand was one of many countries experiencing this problem, he said.

“Thailand must rectify these problems by tightening up existing laws and adding stricter conditions regarding land ownership by foreigners. This must include penalizing violators, including the nominees,” he said.

In response to the problem, new legislation is currently being drafted and expected to be made law in August. The new legislation will make it easier to prosecute violators, the head of the Land Department said.

Mr Sriracha explained that the law being drafted will be similar in principle to the anti-money laundering laws.

The law would also expand legal measures, better define what constitutes a violation, specify penalties and make it easier to prosecute violators, he said.

Penalties for Thai nominees could as much as double existing punishments, while foreigners found guilty will have their land seized before being deported, he said.

Mr Sriracha said foreigners had already acquired about one-third of all Thai land, about one billion rai.

The land grab was most prominent in resort destinations such as Phuket, Koh Samui and Koh Chang, where foreigners currently hold land to run resorts or have second homes, he said in his speech.

Failure to stop the problem would put Thais at a competitive disadvantage, restricting their access to land and putting the national food supply in jeopardy, he said.

The bill should be ready in August. If passed into law, inspections would follow, he said.

After the speech Mr Sriracha confirmed in an interview that initial surveys by land inspectors found Phuket had more land controlled by foreigners than any other province, with the figure reaching to 90 per cent in beachfront areas.

Phuket gears up for election weekend