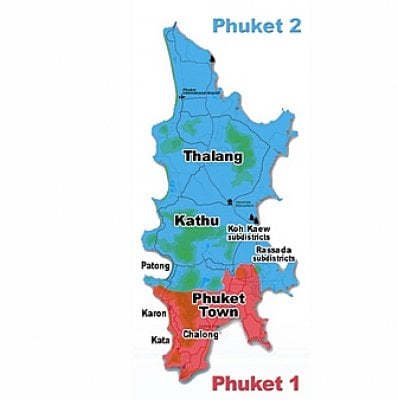 PHUKET: More than 300 polling stations will be set up across Phuket for the island’s nearly-300,000 registered voters to cast their ballots in the general election tomorrow.

The polling stations – to open at 9am and close promptly at 3pm– will be set up at schools, mosques, public pavilions, parks and other community locations.

Registered voters must cast their ballots at a specifically designated polling station.

To find out which polling station to go to – or to check eligibility to vote – voters can go to the Ministry of Interior’s KhonThai.com website.

On the Election web page, click on the second link, then enter the 13-digit Thai national ID number of the voter.

(Ignore the first link, which is for absentee and early voters who cast their votes last Saturday).

Eligible voters – and those escorting family and friends to the polls – are advised plan to arrive at their assigned polling station as early as possible on Sunday, taking into account the potential for traffic and weather delays.

Despite the low turnout last Sunday for absentee voting (voters staying in Phuket but registered as living in other provinces), a high turnout for Phuket’s early voters recorded a 94 per cent turn out in Phuket 1 constituency and 96 percent in Phuket 2 constituency.

According to the Thai constitution, voting is compulsory.

For more information about voting in Phuket 1 constituency, call the Phuket Election Commission office at 076-210475.