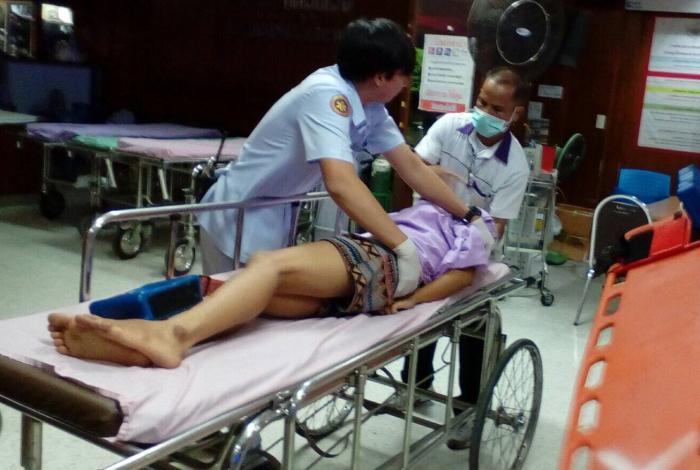 PHUKET: An unidentified ladyboy was seriously injured after jumping off a bridge in Rawai early this morning.

“Locals reported the incident at about 1:30am. We found her lying unconscious on the ground under the bridge, without any identification documents on her person,” said Lt Col Kanaen Somrak of Chalong Police.

Police told Phuket Gazette reporters that she looked to be 25-30 years old. She was later taken to Vachira Phuket Hospital.

“We also questioned people in the area, but they could not identify her. No one knows who she is or how she arrived at the bridge. They did, however, confirm that she jumped herself and that no foul play was involved,” he added.

Police are now trying to locate her relatives.

Three arrested for stealing from German tourist in Phuket