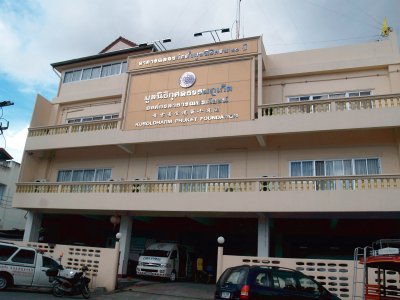 PHUKET: The Kusoldharm Foundation’s board met on Wednesday to address the recent protest by some of its volunteer rescue workers, but have yet to release any information about the meeting’s conclusions.

Embattled Kusoldharm Foundation President Benjawan Tamphanuwat told the Gazette by telephone yesterday that she did not want to comment on the dispute at the time, but that the board would soon issue a press release that would “explain everything”.

The protests were apparently triggered by the board’s requirement that all volunteers submit themselves for police-supervised drug testing at the foundation headquarters.

The order followed the July 11 arrest by Phuket City Police of one Kusoldharm Foundation worker for possession of ya bah (methamphetamine) pills.

The following day a number of volunteers blocked the entrance to the foundation’s offices on Phoon Phon Rd, Sois 7 and 9, staying there until nightfall.

The volunteers refused to take the drug tests in the prescribed fashion, saying it was a violation of their rights.

For the previous report detailing their grievances, click here.

Jehaluemoh Phuntarakit, a registered nurse specializing in the treatment of drug addicts at the Phuket Provincial Health Office, told the Gazette that 19 members were tested for ya bah at the foundation headquarters yesterday.

All 19 were found negative in the test, which only detects methamphetamine compounds, she said.

All of those tested were salaried Kusoldharm officers, not volunteers.

The PPHO often conducts random tests for ya bah among staff in addition to “surprise” drug testing of patrons at popular nightspots on the island.

Under the testing regime, those taking the test are required to provide urine samples to health workers.

If the sample turns purple when a reagent is added, the person is taken into custody and a blood test is then conducted to confirm the results of the urine test.

Detection periods for methamphetamine in urine typically last three to five days, but in the blood just one to three days.