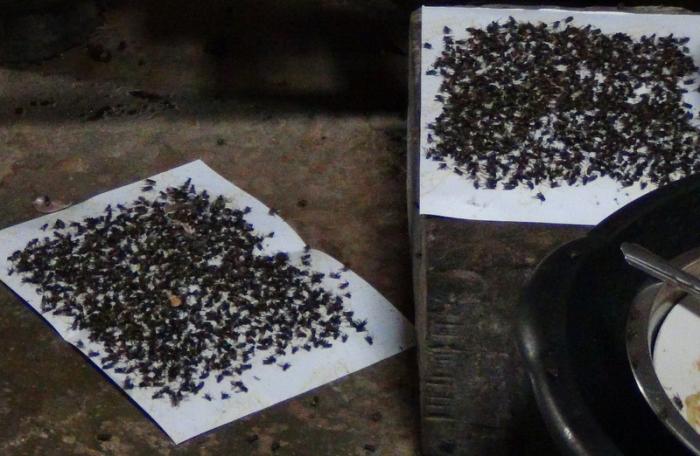 KRABI: Locals have appealed to authorities for help after thousands of flies infested their homes and neighborhood this week.

Villagers in Pru Dindarn sub-district, Khlongthom District say the source of the flies is a chicken farm located about 100 meters from their village.

“The flies have caused a lot of trouble for us as they swarm everywhere inside our houses. We have tried using insect repellent, but it doesn’t seem to be working,” a villager reported to the Klongthom Damrongdhama Center.

Locals say this is not the first time they’ve faced the issue since the establishment of the chicken farm three years ago, but that their complaints had always been tended to satisfactorily in the past.

“Now the flies have come back again, causing foul smells and spreading disease. We need officials to help us get rid of them,” the villager added.

Pru Dindarn sub-district Chief Term Jansongsang said he would do his best to resolve the issue as soon as possible.

Back in July, locals from the Klong Hin sub-district filed a similar complaint about a less-than-sanitary chicken farm, which led officials from the Krabi Livestock Office to inspect the premises (story here). Official inspections showed the cause to be broken conveyor belts with feces stuck to them, which attracted thousands of flies and spread foul smells in the area.