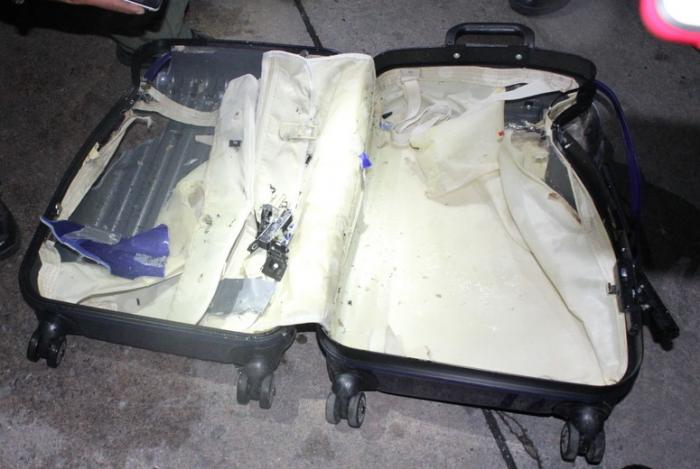 Phuket City Police officers received reports of an incident at about 6pm, regarding a blue suitcase that had been left next to a power pole opposite the CN Restaurant.

Police Lt Apichart Musikasang arrived at the scene with other officers and rescue workers, who then notified the EoD following an initial probe.

“We told people to stay away and move their vehicles then cordoned off the area,” said Lt Pratchpong Keawkamchan of the EoD. “We roped up the suitcase and dragged it into the middle of the street. It was heavy but turned out to be empty when my team opened it up.”

“The restaurant staff told us they had spotted the suitcase at 8am. At first they ignored it but by 5:30pm they began to panic. If a tourist forgot the bag, that is okay. However, if someone left it behind to create panic, we will go after them with full force,” warned Lt Pratchpong.

The bag was submitted as evidence. Police are looking through CCTV footage to find the suspect.