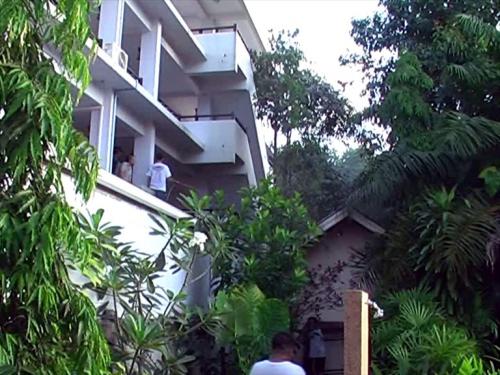 PHUKET: Tourists on holiday in Ao Nang, Krabi, across the bay from Phuket, were roused from their new year slumber early yesterday morning as hotel staff ordered an emergency evacuation and firefighters attempted to douse a blaze in a room full of gas cylinders.

Hundreds of tourists staying at the Ao Nang Buri Resort ran for the safety of Haad Nopporat Thara Beach after the fire alarm was sounded at 7am.

“Most of the guests were foreigners who were asleep when the fire broke out, but once the alarm was sounded and smoke filled the hotel, they ran for the beach,” Krabi City Police Praphan Nuchaikaew said.

The fire broke out in the hotel’s boiler room, where 10 gas cylinders, each containing 16 kilograms of gas, were being stored.

“A hotel worker opened the valve on a gas cylinder so it could feed gas to the boiler, but it caught on fire for some reason,” Capt Praphan explained.

Ao Nang Municipality firefighters took about 30 minutes to bring the blaze under control.

“As yet, there have been no estimates of the value of the damage caused by the fire,” he added.