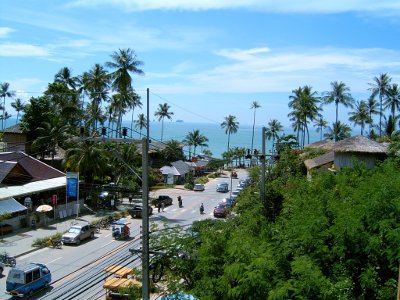 PHUKET: A 26-year-old Thai tour guide on trial for the alleged rape of a Dutch model on holiday in Krabi in July has denied the charge, claiming that the couple had consensual sex.

An arrest warrant for the man was issued following the filing of criminal charges, but the man chose to voluntarily present himself to police, Lt Col Thaksin explained.

“He said he could not take the pressure anymore. He admitted that he did have sex with the woman, but claimed that she had consented to it,” Col Thaksin said.

“I cannot comment much further, as the case is now being heard in court,” he said.

However, Col Thaksin did confirm that at the time the complaint was made, the woman had suffered deep bruising to the right side of her face and a split lip.

“We were first notified of the woman’s condition after she was rushed to Krabi Hospital by a team of rescue foundation workers. They said that she had been in a motorbike accident.

“However, she was later examined by a doctor who confirmed that there were signs of rape,” Col Thaksin explained.

“The woman filed a complaint with police and gave her statement against the suspect on the morning after the incident. Once we had enough evidence against the suspect, police applied for an arrest warrant for charges of assault and rape,” he added.

Col Thaksin said the recurring issue of rape and sexual assault was starting to take its toll on his officers.

“I would like to warn tourists to please be aware that once you start drinking, a situation can become more dangerous due to the effects of alcohol,” he added.