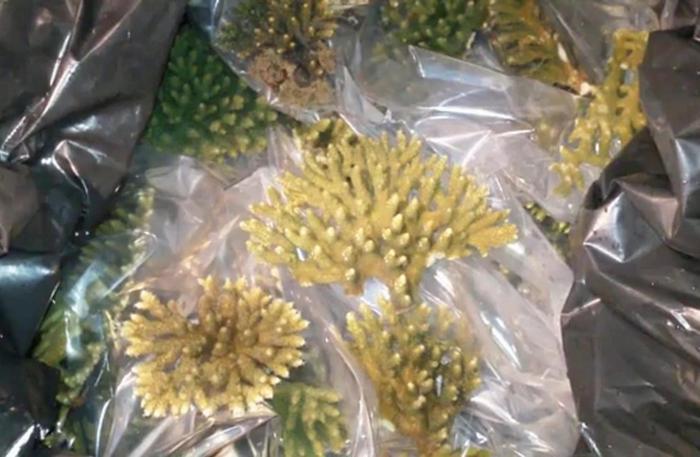 “Last night, five of our officers went out for patrols in Koh Pu. They found the three men sitting on a longtail boat; their actions seemed suspicious, so our officers rode up for further inspection,” Mr Jaroenchai said.

The suspects confessed that the boxes were to be sent to Bangkok, and expected to fetch a total of about 40,000 baht. They also admitted that they had done this several times in the past.

All three men have been charged for illegally collecting and possessing marine wildlife and have been handed over to the Krabi City Police for further processing. The coral and sea anemone were taken to the Krabi Fishery Management Center before being released back into the water.

“We will carry on our investigation to apprehend others involved in this business,” Mr Jaroenchai said.